The Academy Drum and Bugle Corps 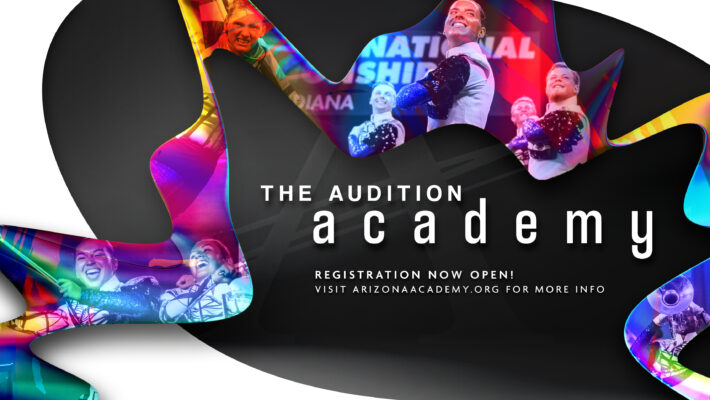 Visit The Audition Academy Page for information on 2021 Auditions and this Fall Educational Event.

In 2001, The Academy Brass & Percussion Ensemble was formed to give some of Arizona’s finest young musicians an introduction to the incredibly unique activity of drum and bugle corps. Over the course of three summers, the young group of 52-60 performed for several local events and had taken the opportunity to perform in exhibition at its home show, the Southwest Corps Connection. In 2004, the group added the final element of the color guard, was accepted as a DCI sanctioned unit, made the name change to The Academy Drum and Bugle Corps and began competing for the first time. In 2006, the corps had grown to 128 members and competed for the first time in Drum Corps International World Championships in Madison, Wisconsin where they earned the title of Division II World Champion. 2007 marked their first year competing in Division I, now called World Class, where they continue to compete today. In 2009, The Academy was named the official drum and bugle corps of the City of Tempe. 2016 marked an historic season for the corps with its first appearance in World Class Finals competition, placing 11th overall. The Academy is continually developing plans for the next iteration of this program and we look forward to taking the field once again soon.

If you are a highly motivated individual, 21 or younger (expanded to 22 for the 2021 season), who is interested in becoming a part of the drum and bugle corps activity, we invite you to audition for The Academy Drum and Bugle Corps. Membership acceptance is based on work ethic, character, ability level, and audition results. While the average age of the membership is typically over 19 years old, younger students have been accepted based on their exceptional performance quality and individual maturity. We recommend anyone 16 years and older that is interested in some day participating in our corps, or the drum & bugle corps activity to participate in The Audition Academy training program, currently in operation through December 13.

We continue to train and recruit prospective members throughout the Fall with the hopeful return to the competitive field in 2021.  There are available positions in every section of the corps.  Evaluation through The Audition Academy will take place over several weeks throughout that program and membership positions will begin to be offered in December and January. 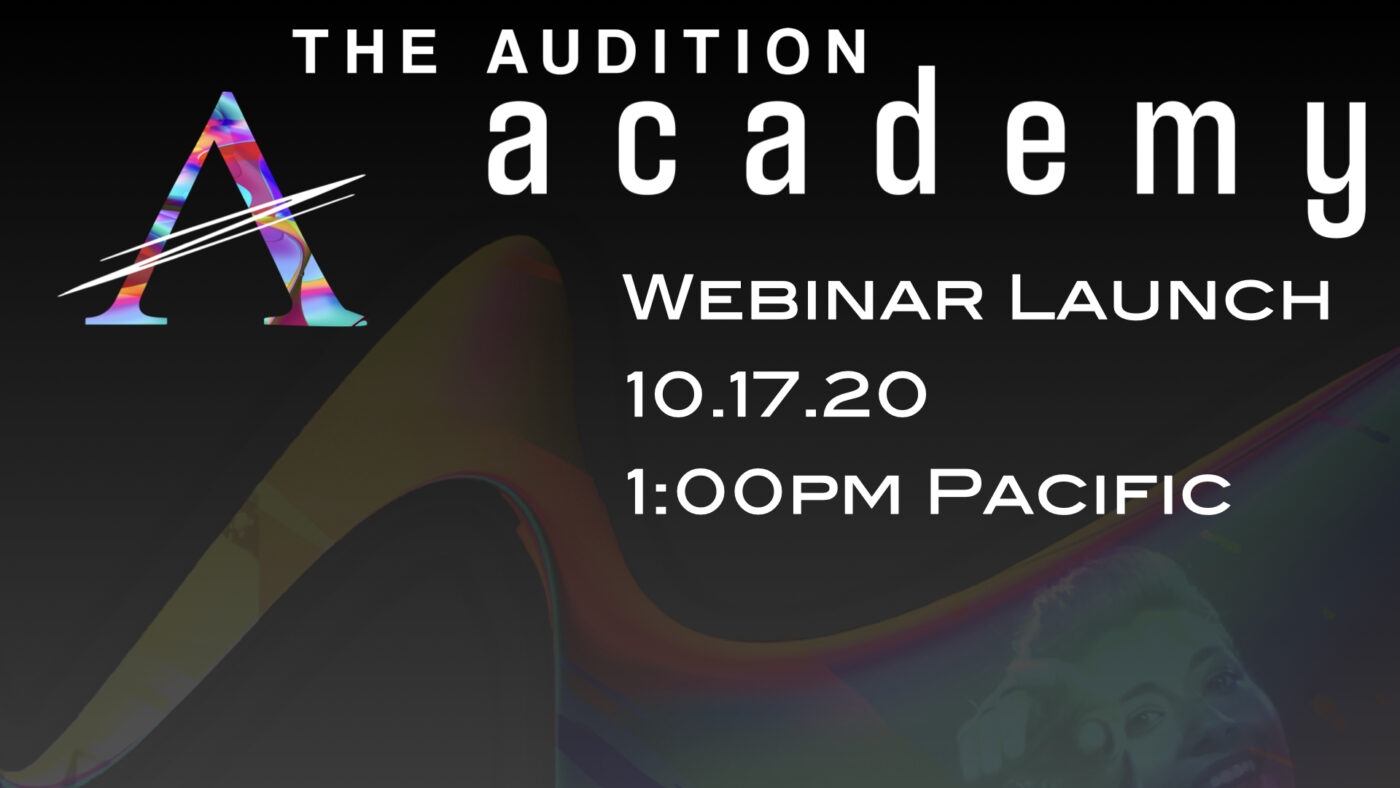 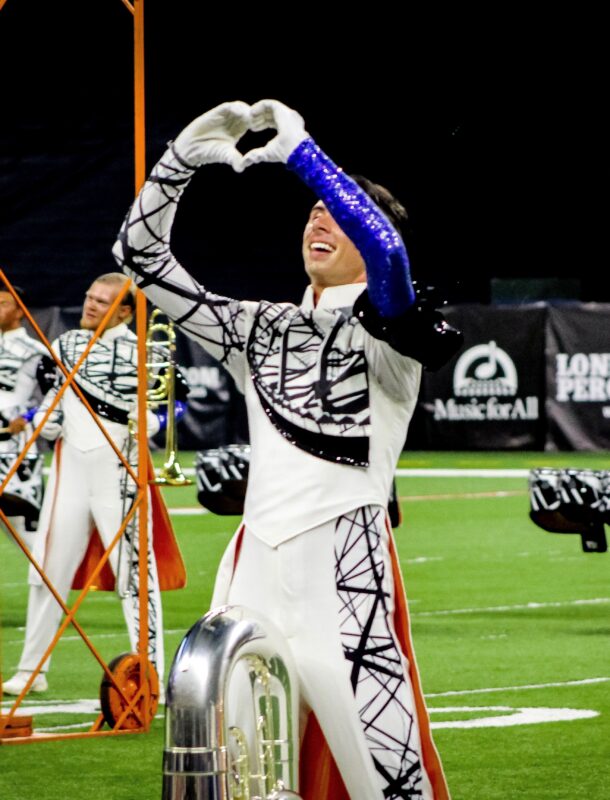 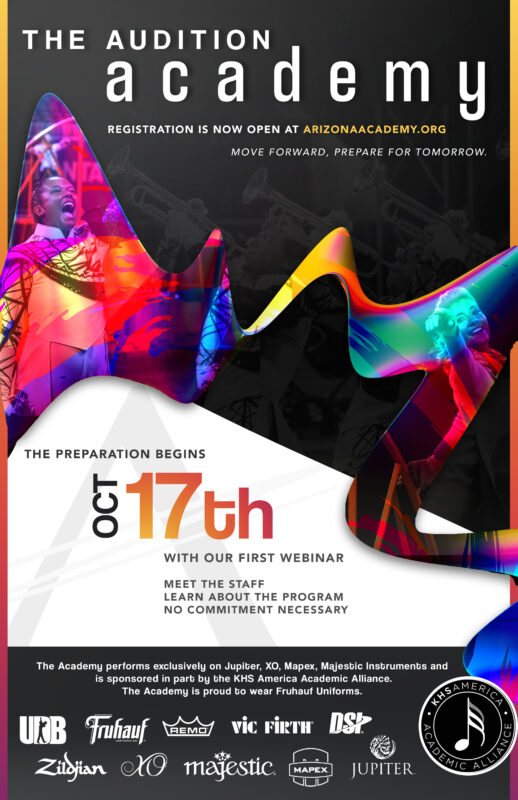 In addition to the 150+ members and alternates, The Academy typically accepts additional members to train with corps throughout the winter and spring who are not necessarily able or interested in engaging in the rigorous rehearsal and performance schedule during the summer. Brass trainees selected will be able to participate as a full corps member throughout the pre-season until the all-day, “move-in” rehearsals begin. The brass trainee membership cost is typically around $400-500, which includes admittance to all of the training programs, materials, etc. It is a great option for those interested in marching with the corps in the future. In addition to improving performance skills, participants will become more familiar with of The Academy staff and their methods. Those interested in this opportunity should register to participate in The Audition Academy this fall to get started with the staff.

The Academy often selects a group of individuals to participate in a series of Trainee Drumline Masterclasses as well. Those participants are offered a series of masterclasses held in tandem with the winter training experiences that the touring members are involved in. More information will be made available when educational programming is determined.

Color Guard Trainee Opportunity – Depending on interest and staff availability, The Academy may be programming a color guard trainee experience. More information will be given throughout the audition process. 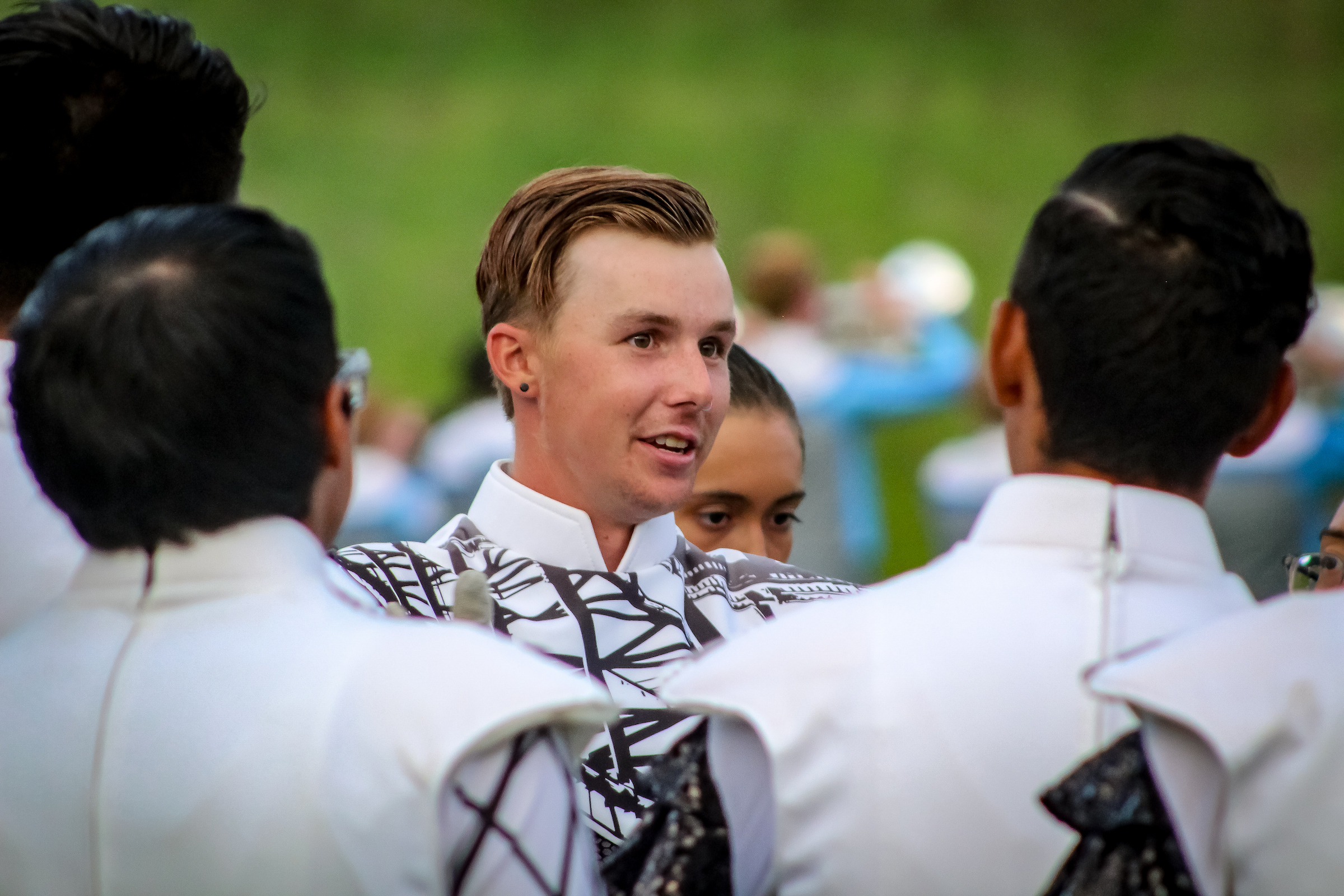 General questions about auditions or The Academy: email@arizonaacademy.org